The Garden Wildlife in April 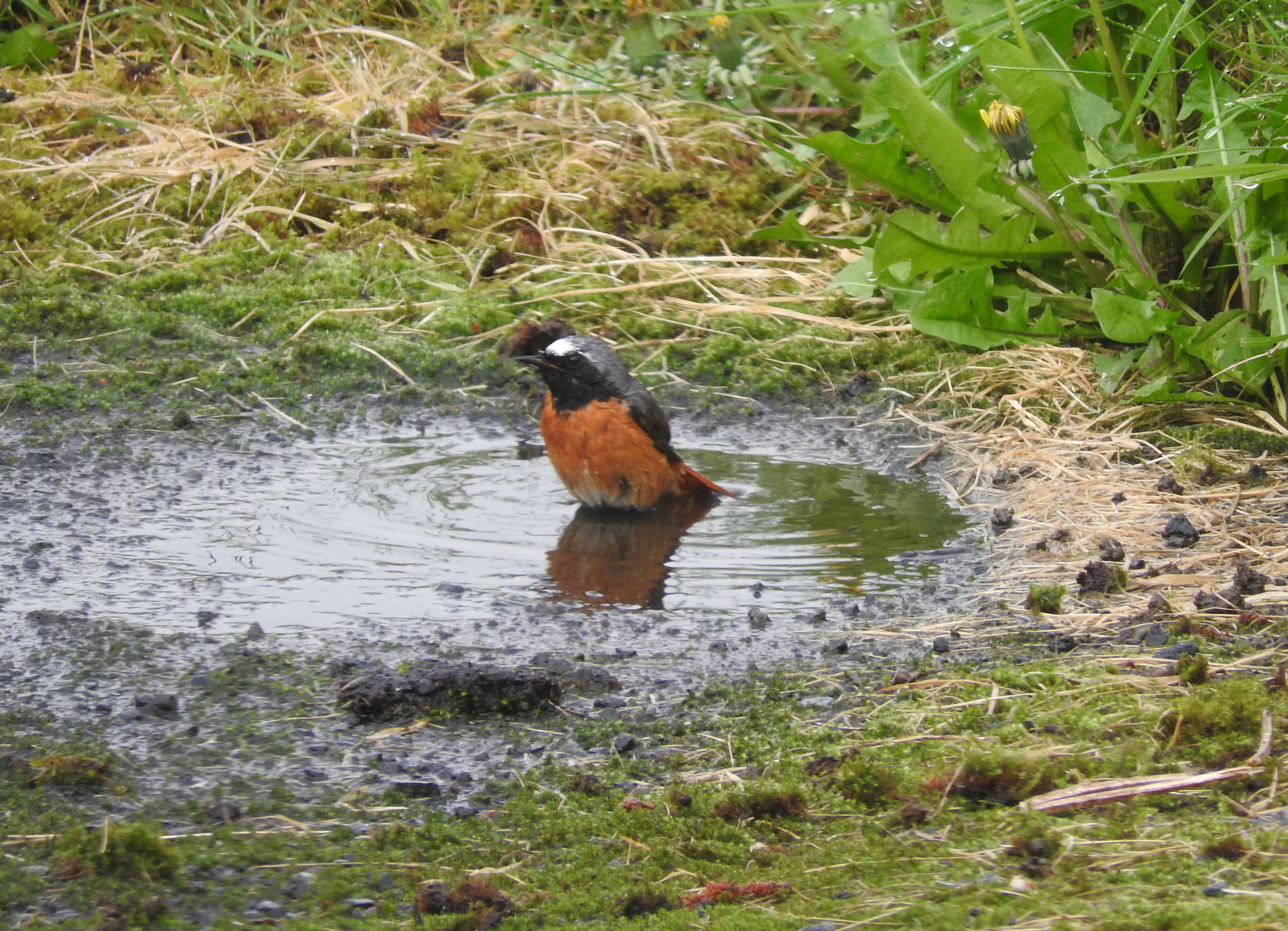 April was a month of great contrasts in South Shropshire as we experienced the warm and bright conditions that most of the country was favoured with, but there were also high winds at times, cooler days and a little rain, although the latter was not enough to make a difference to our rather parched and hardened clay soil. Our first chiff chaff was heard on the 1st while lesser redpolls and siskins were still feeding in the garden. 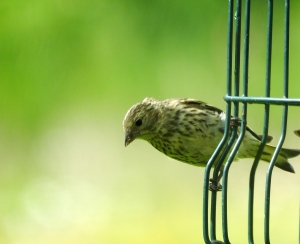 The siskins – once a winter visitor here – are now with us in spring and summer too. They breed somewhere nearby and bring juveniles to the feeders in June each year.

Butterflies began to appear in good numbers, especially orange tip which fed in the sunshine on honesty, bluebells and lady’s smock around the garden borders and garlic mustard, Alliaria petiolata in the hedges. This unassuming wildflower’s other common name of Jack-by-the- hedge’ is well deserved and it is worth cultivating for orange tips alone. 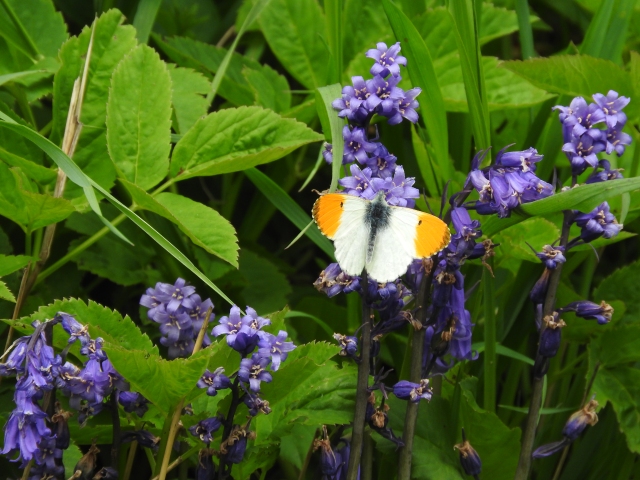 Other butterflies visiting the garden this month were peacock, small tortoiseshell, brimstone, comma, red admiral and green-veined white although brimstone was not seen egg laying on the alder buckthorn as it has been in other years. Bumblebees of several species were around in good numbers and the solitary bee homes were buzzing as the red mason and other solitary bee species returned to their nests with pollen from our apple trees.

April was a good month for birds with several warblers showing up especially blackcap singing in the usual places and briefly a garden warbler. As the dandelions went to seed, bullfinch, goldfinch and linnet arrived to enjoy the seemingly never ending feast.  Song thrush and blackbird continued to sing and overhead skylarks, which nest in the field next door, were heard and seen on clear days. Our first swallows were seen on the 10th but there has been no sign of them checking out their previous nest site in the house porch. Buzzards were especially active and visited the garden frequently and thirty were seen together with four red kites in the field next door during late ploughing. Thirty six bird species were recorded in April in total in the garden.

In all there were thirty six bird species recorded in the garden in April with several more overhead, but perhaps the most exciting was a wonderful male redstart (above) having a bath in a puddle on the driveway. A female also appeared a few days later and a male was heard singing, so I am hopeful for a nest somewhere in the garden in May.

I am a plant ecologist, specialising in wildlife gardening for more than 30 years, writing books and teaching. My blog is about the two acre wildlife garden I have created in South Shropshire.
View all posts by Dinchope Diary →
This entry was posted in redstart, Uncategorized, Wildlife Gardening and tagged Garden Birds, Wildlife Garden. Bookmark the permalink.